SES is always looking for opportunities to showcase their design and manufacturing capability and when approached by the Bloodhound team they were keen to be involved in such a credible project that is helping to inspire the next generation of engineers, scientists and mathematicians.

By bringing this unique engineering adventure to life, the project’s mission is focused around a 1000mph World Land Speed Record attempt.

Managing Director Del Hall was approached by the team at Bloodhound for his wealth of knowledge of parachute deployment systems and as a result was pleased to be one of the product sponsors of the project.
Read more >

The BLOODHOUND Project centres on BLOODHOUND SSC a supersonic car that is designed not only to go faster than the speed of sound (supersonic) but to over 1,000mph (1,600km/h). It will cover a mile in just 3.6 seconds.

To date, unique parachute deployment chutes have been satisfactory tested using Jaguar F type R Coupe by RAF Wing Commander Andy Green as a world land speed of 186mph was achieved. The chutes are designed to nestle next to BLOODHOUND SSC’s jet engine, were mounted sticking out of the rear windscreen of the Jaguar and successfully deployed via a cockpit mounted button at these speeds. 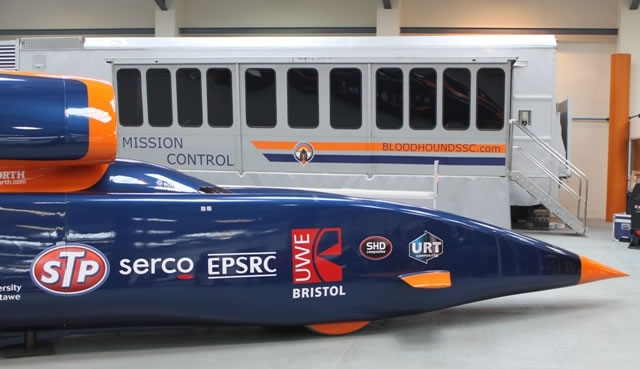 Photograph: from The Bloodhound Project

Del Hall’s expertise in the design, packing and safety inspection of parachute deployment systems led to the successful deployment sequence of the chute and the design of the drogue chutes in a safe controlled manner without using the supersonic car itself, giving the Bloodhound’s Engineering Team great confidence.

For more information about the Bloodhound project, please visit http://www.bloodhoundssc.com/