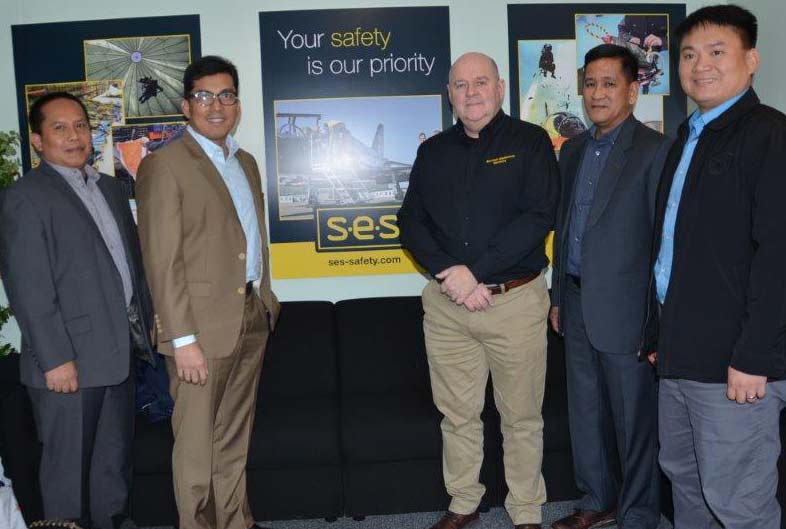 Del Hall, Managing Director of SES led the tour of its CAA approved service bays demonstrating SES’s full capabilities which involves thorough the testing, refurbishment and upgrades of the aircraft escape systems and equipment. May Lescano of Aeromaxis commented, “We initially chose SES as our main service arm for Philippines Airforce’s Martin Baker seats. We have been particularly impressed with SES’s bespoke servicing capability of the escape systems, especially for their cost efficiency, in-depth knowledge, commitment and cost efficiency”.

Client’s since 2011, Aeromaxis act as sole and exclusive distributor /representative to the Philippines Air Force, Philippines Armed Forces and Philippines Government. Under a long-term agreement with SES, the Philippines Airforce benefit from SES’s full service capabilities of their Martin Baker seats which are serviced every 2 years. The visit to Survival Equipment Services in Tetbury was made in advance of the renewal of the service contract.